Whenever something big happens that somehow pertains to the greater world of film, I can usually tell by the volume and content of my Feedly updates. And it just so happens that it’s that time of year when Comic Con rolls around and it is usually accompanied by a whole variety of unveilings, teasers, announcements that would make a nerd squeal with excitement. But it’s not the news about the upcoming Batman/Superman crossover (which has been disguised as “Man of Steel 2”), the details about “The Amazing Spider-Man 2”, some allegedly sexy bits about “The Avengers 2”, nor any sequel/remake/reboot-related nonsense that caught my keen geeky glasses-clad eyes.

At this point I believe it is yesterday’s news, but in the interest of completeness I shall say that Legendary Pictures together with Warner Bros. during their panel have shown a short teaser of their upcoming “Warcraft” project, followed by a short chat with Duncan Jones – the film’s director. Well, the sad part is that if you haven’t been there in person, you will never see the teaser, but you can read various descriptions on blogs and news outlets, the most detailed of which was put together by the good folks at Screen Rant. “Warcraft” is slated for the already way too bloated summer of 2015 and is due to be shot next year. Up until now, the persistent lack of news about its development has found me troubling over the future of this film. Besides the scarce news tidbits about Sam Raimi leaving the project to make place for Duncan Jones and some script-related problems, there’s been nothing in the public domain that would shed any light on the development of “Warcraft”. 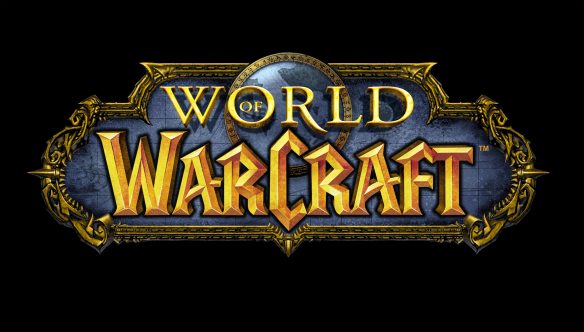 As an avid fan of Blizzard Entertainment’s input into modern gaming culture I have to admit I am torn about all this. I have nothing but respect and love towards the fantastic World of Warcraft (and every now and again I have this recurring urge to re-subscribe and see how my paladin is doing), but there’s a number of reasons I don’t think adapting the rich, vibrant and immersive World of Warcraft for the big screen is ever going to work.

First and foremost, the whole idea is at least five years too late. Warcraft (the Real-Time Strategy from the way, way back) is no longer a mainstream e-sport and WoW is now nearly 10 years old. It’s still the biggest online gaming experience of any kind in the history of anything ever and there will likely never be another MMO behemoth of that magnitude, but now is definitely not the time to go and release a film. Now, anybody even remotely aware of how Blizzard Entertainment handles developing new products (be it new IP, or expansions and additions to their existing franchises) knows that these guys operate at glacial speed. While it is more than appropriate when it comes to polishing a brand new game – and anybody who spent a decade waiting for Starcraft or Diablo sequels will know exactly what I have in mind – the film world operates at much greater speed; so postponing a project ad infinitum, just so that the script is right and the night elves have the right belt buckles and what-not will most definitely harm the entirety of the project.

As it stands, the long overdue “Warcraft” project has been in early development for quite some time (7 years, to be exact) now, but in meantime the source material has been getting progressively older and more complex. Note, I have not used the word ‘stale’ because the good guys at Blizzard are bending over backwards on a day-to-day basis in order to expand the vast lore and provide their customers with the highest quality experience as humanly possible. But just like every single thing in life, even World of Warcraft has an expiration date and at this particular juncture we are more likely to be getting closer to seeing it. The player base is (and has been for a little while) slowly declining and eventually the World of Warcraft will die. It’s still far down the road, but starting a film franchise set in this world is by far the worst possible idea to rake in new subscribers; it has more to do with the particular nature of the Warcraft world and the way a new player is introduced to it, but nevertheless, a film will never jumpstart a revolutionary influx of fresh blood into the WoW servers. If anything, it might force a few raised eyebrows and questions of ‘is WoW still a thing?’ variety… 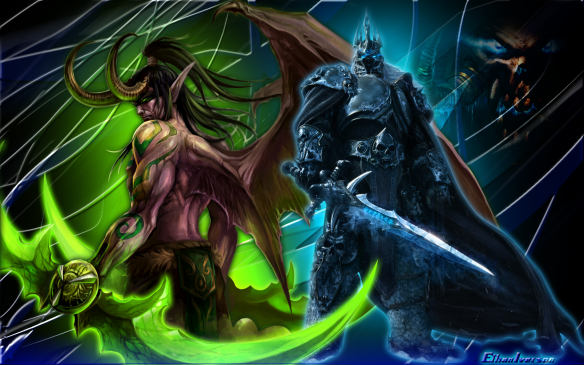 As I said, the film should have been made 5 years ago to capitalize on the game’s humongous popularity, but the longer they’ve waited, the more hermetic the community has become and now that it’s been a long time since it peaked, the odds of the film actually making a big splash are slim to none. I think it goes without saying that a high-profile fantasy picture that needs to be large in scale will require a formidable budget. It worries me that “Warcraft” at the time of release (surrounded by a tidal wave of remakes and sequels also slated for that summer) will find it difficult to woo the movie-goers into buying a ticket. Looking at how non-sequels are doing nowadays in terms of box-office performance I can only anticipate “Warcraft” to become that summer’s biggest bomb. With a budget well into nine figures, this project will struggle to offer anything of substance to an unfamiliar viewer. Maybe if everyone in the world who at some point in their life had anything to do with Warcraft went and bought a ticket, the film would maybe make enough to be profitable, but I find it highly unlikely.

Besides all that, what is “Warcraft” going to be about anyway? Speaking from a position of someone who enjoys the Warcraft lore and has read most of the books and related extended universe, I can tell you that much – it’s in no way easy to come up with a story that would be appropriate for the screen at this point. If it were 5 or 6 years ago, that’s completely different, but now I can’t really see how it could unfold.

Usually, a well-established universe will have one or two story arcs that it’s built upon that can be easily adapted for the screen. Take Tolkien’s world for instance: it’s quite obvious that stories like “The lord of the rings” or “Hobbit” are no-brainers when it comes to film-making. No-one in their right mind would take an obscure tale from “Silmarillion” and try to have the viewer enter this world through a back door. Well, with the Warcraft world it’s not that easy, because you can’t really point your finger at a single story that could carry the load and catapult the entire world onto the screen; and if there are stories that definitely deserve that title, there are far too many of them. Cramming them all into one feature (or a trilogy, which is the trend nowadays) I perceive as very risky, because the time-limited nature of the big screen would force the crucial features of the universe to be brushed over, and many arcs omitted or neglected. Plus, in case of a planned trilogy, everything would hinge upon the success of the first one, which is not that likely taking into account the competition in the box office.

I think that when it comes to finding a suitable story to tell, that would introduce the newcomers to the universe and at the same time satisfy the massive fan-base (which I would hope to be bigger than just the active subscribers), the task is nigh impossible. The bipolar nature of the world and its lore (and the community which is known for its whining, moaning, groaning and table-flipping) with the inhabitants of Azeroth divided into two factions (Alliance and Horde, for the lay men) I believe that whatever the choice, some large group of people will end up disappointed, neglected, and/or offended.

If, hypothetically, “Warcraft” adapted an already existing arc from the lore, it’s more than likely that the story would have an angle that puts one of the factions in a negative light. While it’s perfectly acceptable for most of the established franchises (the Sith rarely get any love, and Sauron probably never had a fan-club) where the stories in general pit the good against the forces of evil, it most certainly does not apply here at all. The world in the Warcraft universe is painted in all shades of grey and one can just as easily cherry-pick story arcs that would glorify the Alliance over the Horde, as well as the other way round. So, any of the most epic arcs in the lore (be it the story of Medivh, the fall of Arthas, Thrall’s reunification of the Horde, or the first re-emergence of Deathwing) can be told through various viewpoints that are equally as valid.

It can all be circumvented by referring to the extended lore that pre-dates anything Warcraft players can feel strongly about, but then again – it would be equivalent to adapting “Silmarillion”. Anything that is removed from the main stream of Warcraft lore is in my opinion too obscure to suit anybody who is not versed in the subject. Simply put, only the nerds would cheer – nobody else. 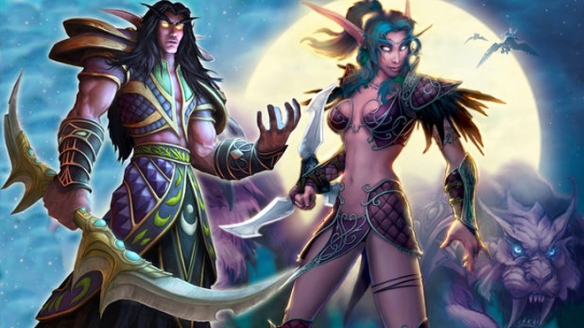 Finally, the film adaptation can either re-tell any of the current lore developments that WoW subscribers have lived through in raids, dungeons, daily quests or global events, or introduce something completely new that would support what is to come in future expansions to the game. Either way, it’s a risky position to put oneself in, because the Warcraft community is well-known for its zealous criticism of any new developments prior and during release. Plus, the existing world of Warcraft is already bloated with arcs, races and side factions that are comedic in nature and their sole purpose is to provide relief from any serious business that carries on in the background of lore, but are still integral parts to the world and omitting them would not be well received. So, it might be rather difficult to try and cater to as many people as possible, while portraying the world in a serious and fair manner and trying to stay epic in scale. Because, how else to bring a world that huge and colorful to life, if not in the grandest of ways…

So this is why I fear that “Warcraft” will fail to live up to the expectations, while the expected audiences would flood the cinemas to see the next “Avengers” or “Star Wars”. The community that has been waiting for this film for way too long cannot be satisfied at this point in time due to the size and complexity of the world, as well as the difficulties in unbiased portrayal of the major story arcs. Let’s face it – it’s just too late now.

Having said all that, I’ll still go and see “Warcraft” when it hits the screens (and will choose it over any other blockbuster, for that matter) and if none of my predictions actually come true, I’ll gladly eat my own words. Quite frankly, I’m quietly counting on it, because I’d like everybody else to see how awesome it is to be part of this world.